Home » Questions » Is it OK to Cosplay in Public? The Dos and Don’ts
Questions

For some, cosplay is just for conventions – a few weekends throughout the year where you get to dress up, play at being someone else, with a whole load of other people doing the same thing, and that’s great. But for the rest of us, cosplay is something more.

There are many reasons why we get into cosplay; for some, it’s a coping mechanism, for others it encourages a self-confidence that may not exist otherwise, while many enjoy being part of a supportive community – the reasons are as varied as the characters portrayed. But, depending on why we do it, one weekend here and there may not be enough, and we feel the need to remain in character away from the conventions.

Cosplaying in public is generally OK, although there are several factors to consider, both for yourself and for others. Keep reading to find out what you need to consider to maximize your cosplaying fun in public. 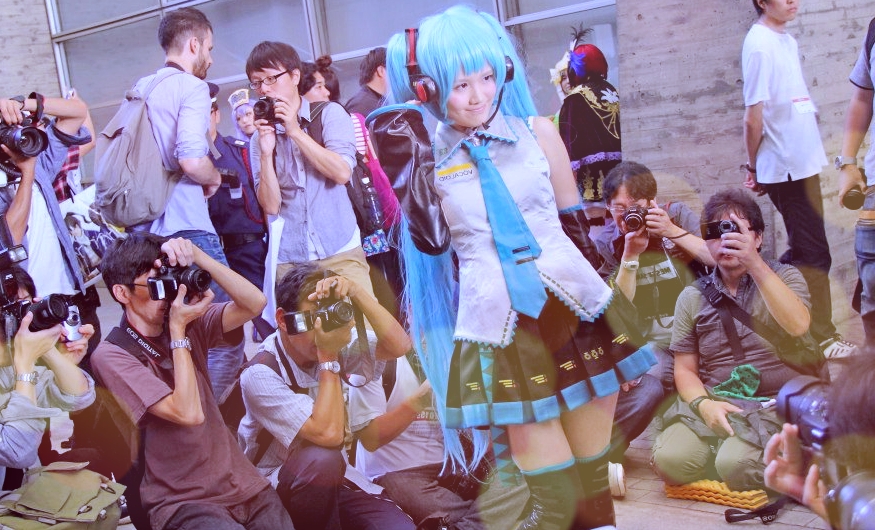 Do show consideration to others

Generally, although cosplaying is considered a pretty harmless activity, it can quickly get out of hand if you forget where you are.

Always be considerate of those around you. If you’re in a public park where kids are playing, for example, don’t go into full-on warrior mode and scare the tinies, and don’t infiltrate the pensioner’s picnic with moves Catwoman would be proud of. You don’t want grandpa to miss a beat, do you!

When heading out into a public space, choose your costume wisely. Keep within the law and take public decency into consideration when deciding how much skin to expose – we all know some costumes can be pretty racy. It might be a good idea to find a character costume that’s more public-friendly – even bad girl Harley Quinn must have times when she slips into her equivalent of jeans and a tee, after all.

Weapons, too, can be an issue, no matter how fake they are. Even if the law in your area allows certain items, people can get a little upset if Ichigo Kurosaki throws some shapes with a super shiny Zangetsu!

Don’t get in anyone’s way

Wherever you go, you are going to get stared at.

Get used to it.

That being said, you can cosplay almost anywhere. Parks, beaches, and out in the country are great and if you’re after some awesome shots, every town has some fantastic buildings for backdrops. Try to avoid getting in anyone’s way, or obstructing traffic; this can easily happen if you’re concentrating on capturing the best photo, but it can also land you in hot water with the law! For example, DC’s laws make setting up a camera tripod on the sidewalk illegal as it disrupts pedestrians.

Unless you have the permission of the owner, avoid private property, and remember to show consideration if you head for a restaurant or shopping mall. 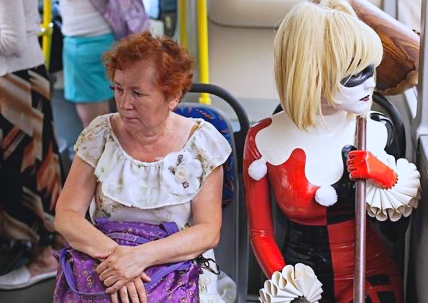 Do show off your talents

Many people are fascinated by cosplayers, loving the cosmetics, cool hair, and costumes. If given the chance, you might get approached by someone dying to know how you did your makeup, or where your outfit came from. If you can tell them how you made it yourself – they’ll be doubly impressed.

Often when I’m in the middle of a shoot, a stranger will want to talk leatherwork or ask about my lenses, really getting into it. Be patient with people, you never know if they’ll become the next big cosplayer – well, it’s fairly likely that granny won’t, but hey, never say never!

Don’t remain in character with non-cosplayers

Any cosplayer worth their salt studies their character’s mannerisms and habits, even aiming to take on their speech patterns and language. The desire is to fully absorb their persona, becoming one with character, and this is great in your own group, but take it out into the real world, and things can get a bit weird.

Villains can appear intimidating enough without the attitude. Shigaraki can’t go around touching strangers, while Shima and Shou Tucker have to be on their best behavior when out in public.

You learn loads of new skills, see things from other perspectives and make some awesome friends. So whether you cosplay only at conventions, or take it out in public, have fun!

Find out what else it takes to have fun cosplaying in public safely, with consideration towards others, your cosplaying friends, and yourself:

Can One Be Too Old For Cosplay - And How Old is Too Old?